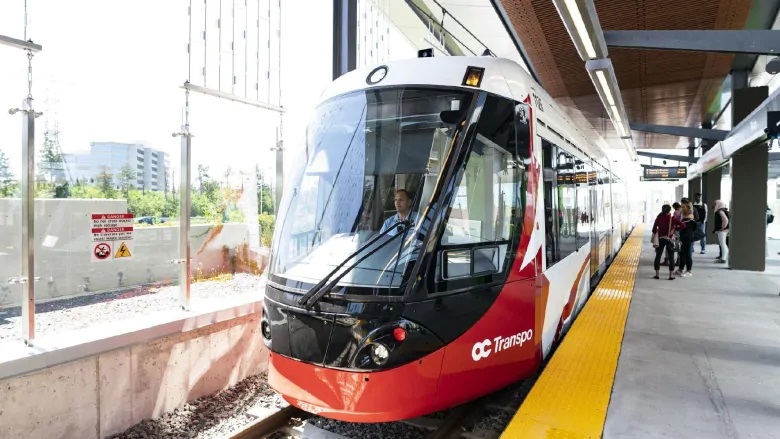 That contract has been the subject of much discussion over the past week, when it became clear that the controversial Quebec engineering firm didn’t meet the scoring threshold for its technical plan to expand the Trillium Line.

Norton Rose Fulbright, the city’s chief external legal adviser on the Stage 2 project, which includes extensions of the Confederation Line LRT and the Trillium Line, won a city contract to provide legal services for Stage 2. Geoffrey Gilbert, a procurement and commercial law expert, was the firm’s lead lawyer advising the City of Ottawa during the Stage 2 procurement.

The fact that Norton Rose Fulbright also represents SNC came up on March 6, 2019 when council was debating the Stage 2 contracts.

At the council meeting, Somerset Coun. Catherine McKenney pursued the line of questioning before being told by the mayor that it was out of order during a debate about whether the Stage 2 contract decision should be deferred.

Gilbert also suggested the law firm, at different times, probably represented all the proponents involved in the Stage 2 bidding.

In fact, there’s evidence online that Norton Rose Fulbright has represented Plenary and has a lawyer who includes Acciona Infrastructure as one of her clients. Plenary and Acciona played leading roles in the two losing bids for the Trillium Line contract in the consortia Trillium Extension Alliance and Trillium Link, respectively.

The optics weren’t great at the March council meeting, since Gilbert wouldn’t disclose to council details about the bid scoring, even if council went into a closed session, because of confidentiality provisions of the Stage 2 procurement process.

By a vote of 19-3, council awarded SNC the Trillium Line contract on the advice of city staff.

The city signed the Trillium Line contract with SNC on March 29.

Last Friday, the city decided to release the Stage 2 bid scores after the procurement process officially came to an end. They showed that SNC didn’t meet a city-established score of 70 per cent to clear the technical part of the procurement (the company’s final technical score was 67.27), but the executive steering committee used its discretion, after receiving legal advice, and allowed SNC to continue to the financial assessment.

The executive steering committee didn’t know the identities of the bidders until after the technical and financial scores were combined, the city says.

SNC’s bid price was so much better than the two other shortlisted proposals that the company received the top ranking when its financial score was combined with its technical score.

In an emailed response through the city’s communications department this week, O-Train construction director Michael Morgan said Norton Rose Fulbright won the Stage 2 legal contract after a competitive process in 2016. The law firm had to disclose actual or potential conflicts of interest and they were cleared by the independent fairness commissioner, according to Morgan.

Morgan said the city was “fully aware” Norton Rose Fulbright had advised other private organizations, including SNC, on unrelated matters. It didn’t create a conflict of interest in the Stage 2 procurement, he said.

This newspaper reached out to Norton Rose Fulbright’s Canadian media contact to understand the firm’s measures for avoiding conflicts between client files. There was no response by deadline.

On Thursday, McKenney said she believes it’s important to disclose all potential conflicts of interest in a major city procurement.

“To me it opens up many questions and one of them does circle back to, why do we have a legal firm that is representing the City of Ottawa who has also in the past represented SNC-Lavalin (who is) denying us that information that we’re asking for?” McKenney said.

McKenney said it’s a fair point that large law firms will represent all sorts of companies. However, she believes there should be a public declaration of a conflict of interest so everyone knows.

Norton Rose Fulbright’s website says it has more than 4,000 lawyers and other legal staff in offices around the world, including Ottawa, Montreal, Quebec, Toronto, Calgary, and Vancouver.

“They’re a big law firm and they represent a lot of businesses, but it’s only fair that conflict of interest should have been declared, and it wasn’t, so that was my main concern,” McKenney said Thursday.

McKenney was one of the 19 councillors who voted in favour of awarding the Stage 2 contracts to SNC in March. On Thursday, she said she wouldn’t have voted to award the Trillium Line contract to SNC if at the time she had the information disclosed over the past week.

“I had to go with the information that I had, but knowing what I know today with the confirmation that (SNC) did not meet the technical requirements, I would not support it,” she said.