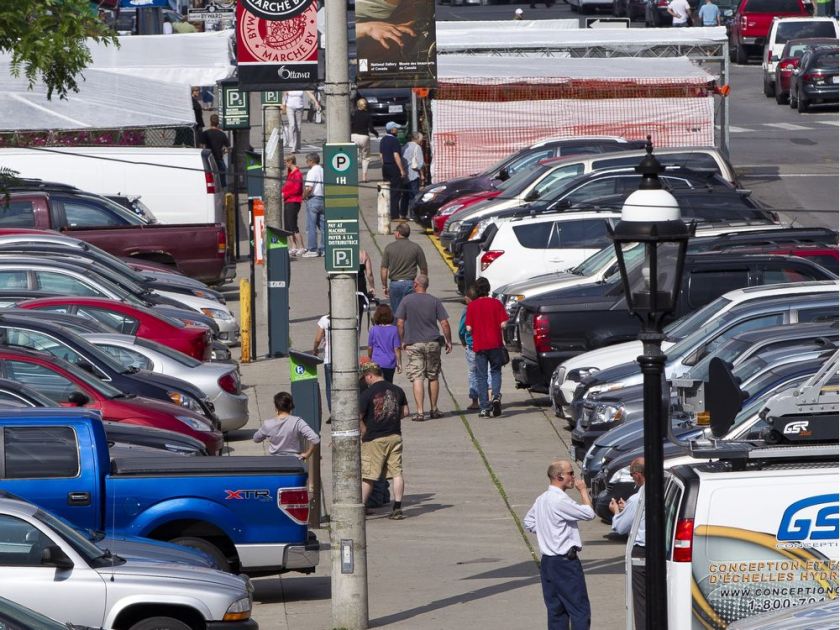 The City of Ottawa could reduce free on-street parking or raise rates if a study determines motorists should be paying more to park their vehicles in areas where there are pay machines.

Ottawa parking rules are under scrutiny because it has been 10 years since the city adopted the current municipal parking management strategy.

A patchwork of on-street parking rules, especially across central commercial areas, is under the microscope as the city attempts to update the parking strategy and change the way rates are set.

One of the larger issues is how the city charges for all transportation services.

On-street parking rates haven’t changed in Ottawa since 2008, yet OC Transpo fares increase each year. The city is approaching a time when it will be hungry to get people riding the $2.1-billion LRT system rather than driving their cars.

The city manages 3,966 on-street parking spaces, plus another 2,858 off-street spaces in surface lots and parking garages.

Many of the short-term on-street parking issues are centred in downtown commercial areas where there are fees.

Motorists must pay for on-street parking where there are pay-and-display machines between Monday and Friday until 5:30 p.m. Hourly rates range from $1.50 to $3 and the maximum rate is set by city council. The rules vary across the city on Saturdays, but parking is free on evenings and Sundays.

Scott Caldwell, a parking manager with the city, revealed to the transportation committee recently that the study would at least “start the conversation” on whether the city should continue providing free on-street parking on Sundays.

Caldwell also said the city was looking into “dynamic pricing,” where rates go up or down depending on how many parking spaces are occupied in an area.

Success for the city would mean keeping 75-80 per cent of on-street parking spaces occupied.